*This post originally appeared on my friend Peter’s new blog here.  Check it out and follow his work there.* 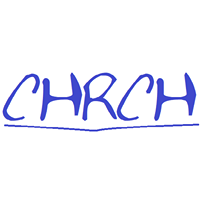 Peter asked me to write a guest post for his new blog.  It’s been great getting to know him over the last few months since he moved to New Mexico.  We’ve collaborated on a lot of stuff for Guadalupe Christian Camp, and he is the only other person I know with a “Jesus Freak” tattoo.

I’m a lot like Peter in how he described his experience growing up in the church.  My grandparents weren’t in ministry like his, but I grew up basically in the church anytime the doors were open.  And that was great.  I love that I grew up that way, but I came to a point in my life that I walked away from the Church.  Here’s some things I’ve learned from and about my experience of walking away.

I used an excuse of something I was frustrated about to justify walking away.

During my time in youth group, I was all in.  I was a leader in the group, especially in the last two or three years of high school.  It was that youth group that helped me through the death of my father as a fifteen year old.  One of the main things that we fought hard for during my time was a united group.

As we entered the youth group as seventh graders, it became pretty apparent that there were some major cliques in the group.  The students in the class before me and my class fought very hard to dispel the cliques, and try to be as united of a group as we could be.  Not trying to brag, but I feel that we did a pretty good job of that.  We tried to be friends with everyone in the group, and hang out with everyone as much as possible.

After graduating high school and moving to the college age Sunday school class, however, I found out real quick that those cliques had reformed there.  Instead of trying to get rid of the cliques, I used them as an excuse to start slowly walking away from the Church.  There were other subconscious factors that lead to this as well, so I used it as an excuse.  It started as just missing Sunday school, but slowly and surely it go to the point I would miss a Sunday altogether.  And then the next thing I knew, I was skipping multiple Sundays and using my job as an excuse.

I thought it was possible to be a Christ follower on my own.

I convinced myself through this whole thing that I could maintain my relationship with Christ on my own.  I didn’t need to be going to church every week.  I was planning on going into ministry any way, so I was in a good place.  Pay attention to this section if you don’t pay attention to anything else.  I was dead wrong.  One thing I have figured out in my life is that God created us to be in community with Him…and with fellow Christ followers.  Christianity is not a path that can be easily walked without love, support, and accountability from a community of other believers.  It just can’t happen.

The more I tried to follow Jesus on my own without that community, the more I just started really going through the motions of my belief and faith.  When I ended up going to Bible College a couple of years later, that translated into just having fun and not taking my faith, or my studies seriously.  Here I was, living on campus surrounded by fellow Christ followers, but I was still just pretending and going through the motions.  You cannot follow Christ on your own…at least not very well.

The longer I was away, the harder it was to go back.

I think subconsciously I started realizing this, but I had walked away from a true Christian community for a few years now.  A simple turn back to God was all that was needed.  Think of the story of the Prodigal son.  God is ready to run to us when we finally take a step back toward Him.  But it’s not always easy to get to a place where you are ready to take that step.

Pride in trying to do it all on my own was a huge stumbling block.  Again, I really think I saw what was happening, but I thought that I could fix it on my own.  I had this.  I could come back anytime I wanted to.  But the longer I was away, the more pride got in my way.  It’s hard to stand up and admit, even to God, that you’ve messed up.

It wasn’t until a relationship ended in a very hurtful way that I truly began to wake up, to realize that I desperately needed God and a strong Christian community to truly live out my faith.  But I also realized something that would really change everything for me…

My faith was not my own…yet.

I realized that the faith that was so strong even through my youth group years wasn’t really my own.  I had been raised to believe in Jesus, to know the Bible stories, to go to Church, and all of those things are great.  There is nothing wrong with any of it.  But at some point, you have to take that faith that your parents instilled in you, and it has to become your own.

I was baptized because all my friends were getting baptized.  It was just the natural thing to do.  I loved God, don’t get me wrong, but I was living on a faith that was given to me by my parents and my friends.  And that’s a good starting place.  You just can’t stay there the rest of your life and truly live the way that God is calling you to.  It has to mean something to YOU…not for someone else, but for you.

There is a passage in Mark 8 where Jesus is talking to His disciples.  He asks them the question “Who do the crowds say that I am?”  They respond, “Some say Elijah, others John the Baptist, still others a prophet.”  And those were good answers.  They were putting Jesus up there with some of the heroes of Hebrew history.  But that’s not who Jesus really was.  He then turned the question from who the crowd thought He was to the disciples.  “Who do you say I am?!”  Peter spoke up and gave the first confession of faith.  He said “You are the Christ!”

When we are living by someone else’s faith, even if they are correct in their understanding, we can be like the crowds.  Jesus is important.  No doubt about it.  But He may not be seen as Lord of our lives.  We have to answer Jesus’ second question.  It’s not one that He just asked the twelve disciples 2,000 years ago.  He is asking us as well.  Who do you say that Jesus is?  Until we view Jesus as the true Lord and Savior of our lives, and therefore put Him in the proper place in our lives, we will not be living our own faith.  If we are not living our own faith yet, then it’s easy to make excuses and not gather with other Christ followers.  That’s why the percentage of people who claim to be Christians and the percentage of people who are actually active in Church is so drastically different.

Kraig Birchfield is the main author on crosseyedjesusfreak.com.  You can check out more of his articles there.  He is first and foremost a Christ follower.  He is a husband to Kelley, a writer, preacher, and a Crosseyed Jesus Freak.